What is Bariatric Surgery and When Do You Need It?

The term “bariatric” derives from the Greek term “baros” and “iatrikos,” which respectively indicate “weight” and “medicine.” Bariatric surgery is a form of intestinal surgery that assists patients who are very obese in losing weight. 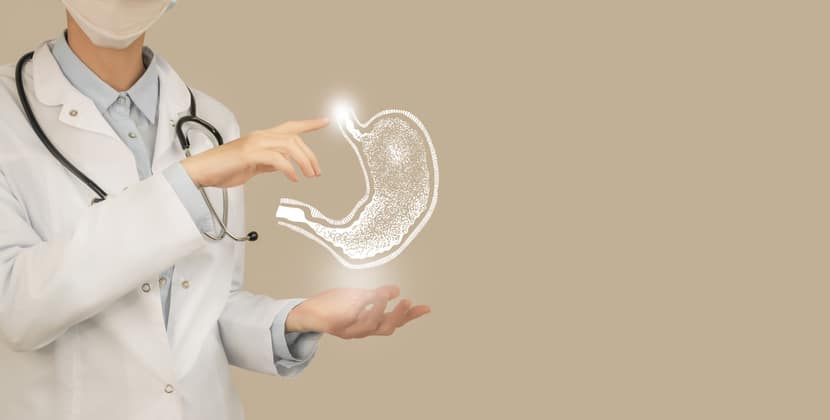 Individuals experiencing extreme obesity (with a Body Max Index over 40) may benefit from bariatric surgery in Orange County once other weight loss methods have failed, including exercise, food management, etc.  Those who have been consistently obese throughout their life, and those who have medical conditions that make exercising challenging, like arthritis issues.

Is Extra Weight Interfering With Your Life And Health?

For the past 10 years, obesity has been on the rise in America, and in many situations, the normal solutions have not brought success or even exhibited significant weight loss change.

Obesity: What Is It?

Obesity is a significant chronic condition that is negatively impacting the health and wellbeing of millions of individuals worldwide. A higher level of body fat in proportion to body mass is the definition of obesity, and this is typically caused by an increased caloric intake with disproportionate energy use.

The American Medical Association highlighted obesity as a global illness and concern in 2013. Consequently, the misconception that obesity is caused by a lack of discipline, weak willpower, and poor lifestyle choices was dismissed.

More than a billion people around the world are struggling with their weight, and at least 500 million of those individuals fall into the extremely obese category, according to the WHO (World Health Organization). It is estimated that approximately 115 million individuals from this category will also develop serious medical disorders, such as cardiovascular disease, diabetes, stroke, cancer, and liver disease.  Weight loss has been one treatment that has been shown to help in the prevention of these potentially life-threatening diseases.

After smoking, obesity is the second biggest avoidable cause of mortality.  Bariatric Surgery Types

Bariatric surgery in Orange County functions in a number of ways, like limiting the quantity of food that a stomach can contain, impairing the body’s capacity to intake nutrients or a mix of the two. Sleeve gastrectomy, gastric bypass, duodenal switch, and adjustable gastric band, are the most frequent kinds of bariatric surgery.

Gastric bypass surgery is one of the most frequently performed procedures in the field of bariatric surgery. Simply said, the technique is divided into two stages. To begin, a small pouch is created in the top portion of the stomach, dividing it from the remainder. The first portion of the small intestine is then separated, and the small intestine that remains is re-attached to the newly created small pouch of the stomach. Lastly, the divided small intestine’s upper section is united with the small intestine’s lower half, redirecting the food stream and creating a change in gut hormones. This procedure changes both the amount of food that the stomach is able to hold, as well as the nutrient and caloric intake and absorption.

Results in the removal of roughly 80% of the stomach. The remaining stomach area is a bag shaped like a tube, sometimes referred to as a sleeve. Because the stomach has decreased in size, it is unable to contain the same amount of food. Additionally, it stops the creation of the ghrelin hormone, which is responsible for the regulation and maintenance of the appetite.

An adjustable gastric band encapsulates the top region of the stomach thanks to an inflatable band, creating a smaller compartment above it. Patients may retain smaller amounts of food and feel full more quickly. With frequent adjustments from your doctor, the band reduces in size.

The Biliopancreatic Diversion with Duodenal Switch (BPD/DS) is a procedure that consists of two parts. The first part involves a section of the stomach being removed to form a compartment shaped like a tube (similar to sleeve gastrectomy). Secondly, the entire small intestine is then bypassed. This reduces the amount of food the stomach is able to hold and helps the patient to feel full more quickly. Additionally, it lowers nutritional absorption. While this is traditionally a highly successful operation, it also has an increased risk for medical complications including starvation or vitamin deficiency.

Signs That You Need a Bariatric Surgery

Acid reflux was certainly a frequent and unpleasant symptom before your bariatric surgery in Orange County, and it should be considerably decreased in the weeks and months after your procedure. While heartburn alone is not indicative of the need for additional surgery, if you continue to have frequent or increased acid reflux that is not controlled or reduced by diet or over-the-counter medications such as Prilosec, you may require revision surgery to help normalize your condition in conjunction with the healthy lifestyle changes recommended by your doctor.

Nausea and occasional vomiting are common initially after bariatric surgery, particularly when you introduce new items into your diet and your body adjusts to consuming fewer calories. Along with adjusting to a new lifestyle, gastric surgery needs you to adjust to a significant shift in your body, which may be rather messy. If you continue to feel uneasy months after surgery, it may be an indication that you need revision surgery – particularly if your diet and exercise regimen are constant.

This is the least often an occurring yet most significant indication that you need revision surgery. While the majority of patients suffer no complications after bariatric surgery and continue to live the life they wish, there is always some risk associated with weight reduction surgery. There is a possibility that your lap band may fall out of position or become loose, impairing your ability to lose weight and perhaps causing digestive difficulties.

Individuals who have had bariatric surgery in Orange County must adhere to a stringent and lifetime diet and exercise regimen in order to avoid problems and avoid regaining weight after surgery. Additionally, individuals may acquire extra loose and folded skin that needs additional surgery to tighten and remove.

As is the case with other forms of surgery, bariatric surgery has dangers such as internal bleeding, deep vein thrombosis, infection, and pulmonary embolism (blood clots in the lungs). The chance of dying quickly after bariatric surgery is considered to be around 1 in 200.

What is the purpose of bariatric surgery?

Bariatric surgery is used to assist very obese people in losing extra weight in order to reduce their chance of developing serious, life-threatening health issues, such as

Bear in mind that not everyone who is overweight is a candidate for bariatric surgery. Certain medical requirements must be satisfied. It is often recommended after the failure of other weight reduction techniques such as food modification and exercise.